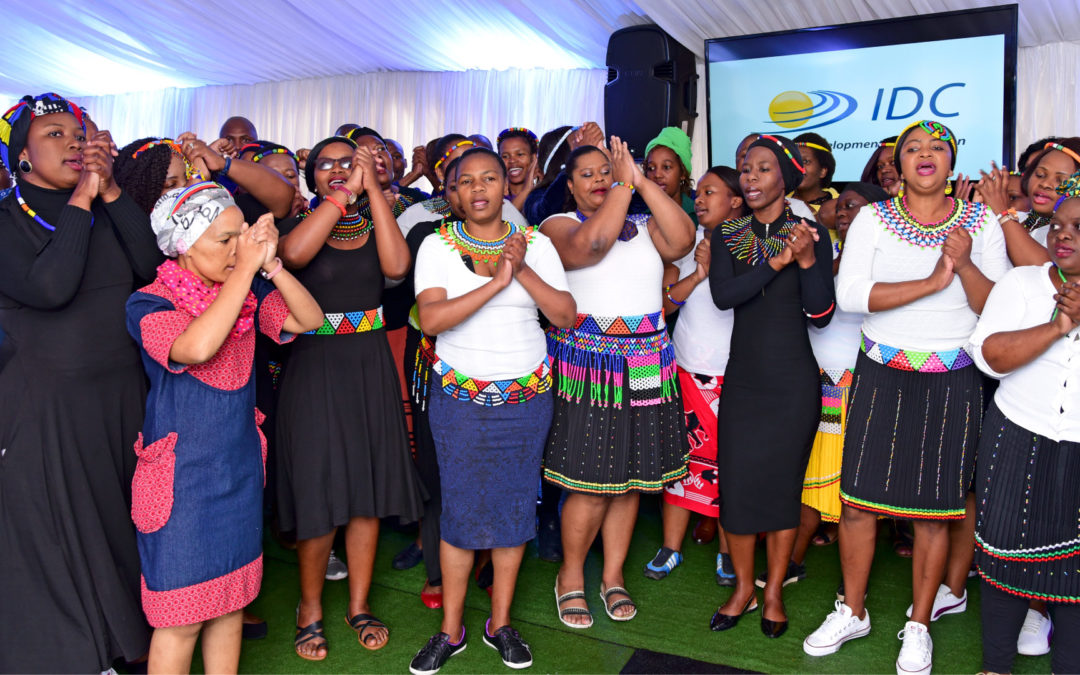 Economic Development, Tourism and Environmental Affairs MEC Sihle Zikalala on Tuesday officially reopened the plant, which shut down nearly a year ago due to financial cash flow challenges.

A turnaround strategy is in place to return the well-known South African brand “to its glory days” and to enable it to export.

Negotiations with retailers are already under way so that the revitalised company can benefit from previous income streams.

The MEC thanked the previous owner, KAP Industrial Holdings, the diversified industrial group headed by German investor Claus Daun, for selling the troubled company at a price that would allow the buyer to return the company to profitability.

He said the new owner had been carefully chosen to ensure that jobs were preserved and the plant remained running and to avoid the risk of the sale of assets.

He said the reopening of Glodina was a tough challenge that included partners in local and provincial government, as well as the South African Clothing and Textile Workers Union (Sactwu).

He thanked the workforce for assisting with saving the company rather than protesting the closure of the plant.

eThekwini mayor Zanele Gumede, meanwhile, said rescuing another large manufacturer in Hammarsdale, which had been wracked by unemployment following the implosion of the local clothing and textile industry, as well as the loss of over 2 000 jobs after the closure of Rainbow Chickens’ poultry farms, was imperative.

Without manufacturers, she noted that Hammarsdale resembled “a ghost town”.

IDC CEO Geoffrey Qhena said that although there was still a great deal of work to be done before the plant was fully back on stream, most of the equipment remained in working order. Repairs to the roof and floor of the Hammarsdale plant were necessary and the IDC remained committed to bringing the factory back on stream this month.

He pointed out that the IDC usually retained smaller shareholdings in companies. It only bought a 100% stake in a company in exceptional circumstances. In the case of Glodina, which had been established in 1951 and was a well-known South African brand, this was the case, he said.

He pointed out that Glodina found itself in a market valued at R1.3-billion where over 80% of merchandise was imported. He said it was important to give such a strong local brand a chance of survival.

While he was not advocating a policy of regionalism, he said it was important to develop companies that could contribute towards import replacement and job creation.

Zikalala admitted that the woes of troubled textile companies such as Glodina could be attributed to the influx of cheap imports and irregularities such as under-invoicing, as well as the fact that South African companies were no longer competitive as a result of high input costs (especially rising energy costs), as well as infrastructure rigidity and a lack of innovation and investment that left them using dated machinery.

Also not prepared to advocate regionalism, he said it was, nevertheless, important for government to put in place policies that protected industries that provided jobs, particularly for less skilled workers.

He said a support strategy for manufacturing in the province was being formulated and should be ready for presentation to the provincial executive by the beginning of next year. The clothing and textile industry – previously a major contributor to the regional economy but now referred to as a “sunset industry” with no future – would be one of the sectors earmarked for support.

Zikalala not only appealed to both public and private sector partners to work together to rescue other distressed companies in the province and appealed to consumers to buy local products in order to preserve jobs in the country. 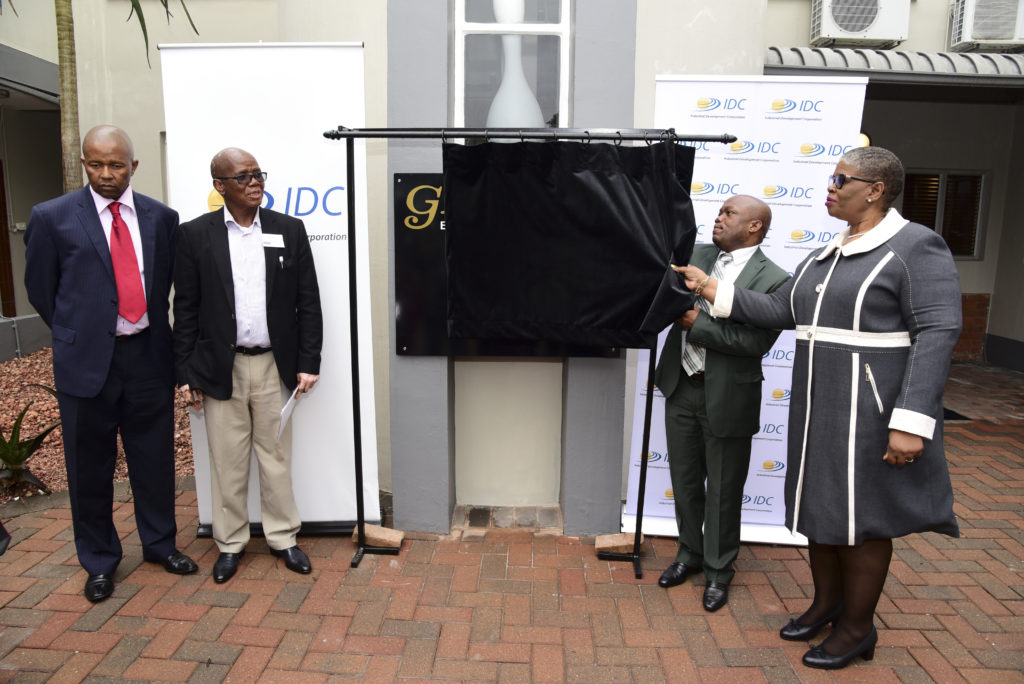 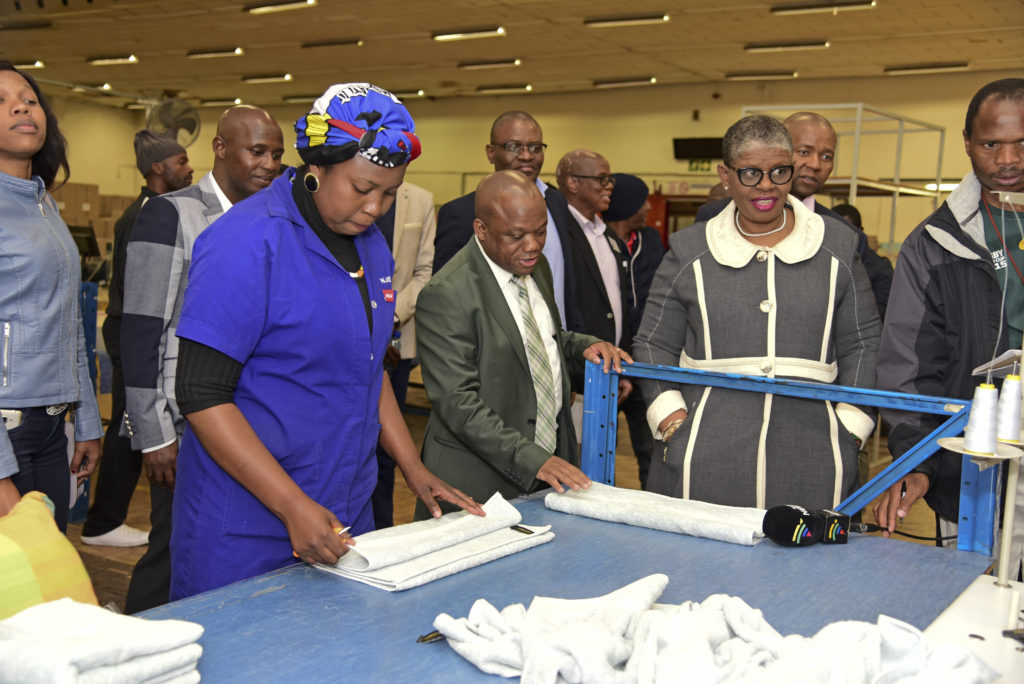 Glodina wish to advise you that by accessing or using our website, you acknowledge, understand and agree that all information provided, whether personal or otherwise, may be used and processed by Glodina and by submitting information via this website, you consent to the collection, processing, storing, use and disclosure of such information in accordance with the provisions set out in the Protection of Personal Information Act (4 of 2013) as well as our internal policies.
Cookie SettingsAccept All
Manage consent

This website uses cookies to improve your experience while you navigate through the website. Out of these, the cookies that are categorized as necessary are stored on your browser as they are essential for the working of basic functionalities of the website. We also use third-party cookies that help us analyze and understand how you use this website. These cookies will be stored in your browser only with your consent. You also have the option to opt-out of these cookies. But opting out of some of these cookies may affect your browsing experience.
Necessary Always Enabled
Necessary cookies are absolutely essential for the website to function properly. These cookies ensure basic functionalities and security features of the website, anonymously.
Functional
Functional cookies help to perform certain functionalities like sharing the content of the website on social media platforms, collect feedbacks, and other third-party features.
Performance
Performance cookies are used to understand and analyze the key performance indexes of the website which helps in delivering a better user experience for the visitors.
Analytics
Analytical cookies are used to understand how visitors interact with the website. These cookies help provide information on metrics the number of visitors, bounce rate, traffic source, etc.
Advertisement
Advertisement cookies are used to provide visitors with relevant ads and marketing campaigns. These cookies track visitors across websites and collect information to provide customized ads.
Others
Other uncategorized cookies are those that are being analyzed and have not been classified into a category as yet.
SAVE & ACCEPT